The hamburger is a good example – but not the only one- for anyone to see the simplicity of globalization through the medium of food. It has an old history and through the culture of the immigrant that changed a continent, adapting to changing conditions and after, triumphantly succeeding in traveling the globe. Its success was linked to the need for a society to feed itself during the Industrial Revolution, as there was no time to cook and eat normally. It then followed by 1930, the simplification to the 2-syllable burger, and then its diversification and multiplication.
It became the leader in the trilogy “hamburger, breaded fried chicken, apple pie”, a symbol of fast food and at the same time, creating the gastronomic image of America. Its life story is ultimately not fast at all. Instead, its development came in many stages and changes until it reached its present form. 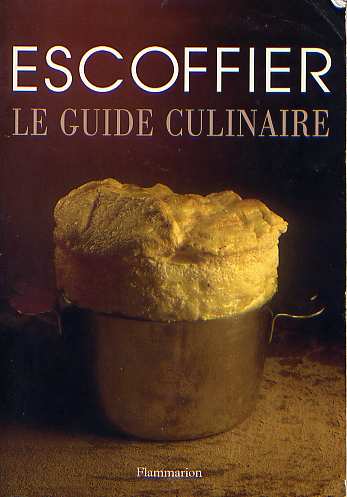 The ancestor of the American fast food burger as we know it today, is the gourmet Parisian Steak Tartare -namely raw minced meat, usually from the fillet, finely chopped by hand and mixed with sauces, pickles, anchovies, onion and egg. This is from the classic recipe for Steak Tartare and from the history that we referred to before. At one time, when meat was consumed only moderately, the hamburger was rising to fame in the brasseries of old Europe (20th century) and The great Georges Auguste Escoffier listed it in Haute Cuisine referring to it in his book, Le Guide Culinaire, and cooking the Steak haché à la hambourgeoise without sauces and bread, but with sweet white onions and nutmeg -you may see the recipe here.
In the medieval kitchen, minced meat was considered a delicacy and was not widely known outside upper class circles except as its use in sausages – probably for reasons of freshness/preservation .The term ‘sandwich’ with the bread encasing both sides of something edible did not appear until the 18th century , when the English nobleman John Montagu, 4th Earl of Sandwich (1765) decided that he didn’t want to dirty his hands whilst playing cards nor stop to eat. So his servants brought him some meat between two slices of bread.
Even earlier than this, in the Roman recipes of Apicius (Marcus Gavius Apicius , De Re Coquinaria) of the 4th century, he refers to details of Isicia Omentata, a burger made with beef mixed with pinenuts, green pepper and sweet white wine.

Northern European migrants left the port of Hamburg on the ships of the Hamburg America Line at the start of the 19th century for America. Amongst other things, they brought with them recipes to share with the whole world. One of those was the Hamburg Steak. At that time in America, most German immigrants opened restaurants to make a living. Their menus included the famous Hamburg steak as the most expensive item, selling for 10c. It was a cutlet of minced beef with egg and milk, salt and pepper, fried or baked on the grill. This particular type became known for it’s flavour and became even more famous when cantines and street food vendors began using gas and there was a rush to include this successful plate in their business. However, passers by and workers on their lunch break, found it difficult to eat a juicy burger in their hands. That’s when the idea to use bread appeared.

A variation of the Hamburg steak, started circulating as the Salisbury Steak. It was basically the same burger with less carbohydrate, without egg, and usually including only vegetables. It was named after the dietician who discovered it, James Salisbury. The Salisbury Steak was a solution then suggested by Salisbury to the military during the American Civil War, to be accompanied by plenty of water to combat diarrhea. It then became known as the “ healthy” alternative to the Hamburg Steak.

Naturally, the ancestor of the hamburger with bread is the sandwich. Many contenders to the name hamburger put it between two simple slices of bread before the event of the bun (today’s famous brioche-bread for hamburgers). The first in history was Charlie Nagreen from Wisconsin, who, in 1885, at the age of 15, sold burgers at Outgamie Country Fair. He saw how difficult was whilst walking around and as his business wasn’t going too well, he had the idea to flatten the meat and put it between two slices of bread. He called it a “hamburger” and he remained known in history as “ Hamburger Charlie”. Every year he returned to the fair to sell hamburgers and did so until his death in 1951. 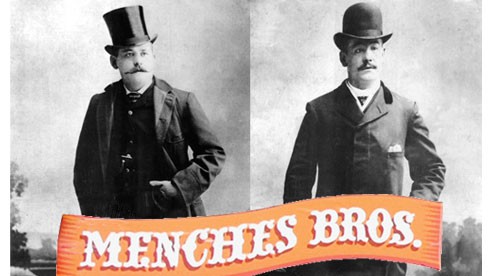 At the same time as the 15 year old Nagreen, two brothers, Frank and Charles Menches from Ohio, travelled with circuses and various county fairs. At one of their stops in Hamburg, New York, they ran out of pork sausages that were selling as sandwiches, and so the butcher there suggested they replace it with beef. They took the meat, minced it up, added brown sugar, coffee and spices and served it between two slices of bread. Not knowing what to call it, they looked around and Frank saw a poster with the name of the Hamburg festival so called it a hamburger.

On 4th July 1891, in Tulsa, Oklahoma, a farmer Oscar Weber Bilby seemed to be the first person to serve a hamburger in a bun (brioche bread) from a recipe of his wife, Fanny. Every 4th July, about 125 people gathered at his house for the delicious hamburgers. In April 1995, the governor of Oklahoma Frank Keating, declared that the home of the hamburger bun was Tulsa,
Lassen from Connecticut in 1900, W. Gary of Iowa in 1901 and Fletch Davis in 1904 are another few who claim the innovation of the hamburger belongs to them.

The first symptoms of the “epidemic” of junk food 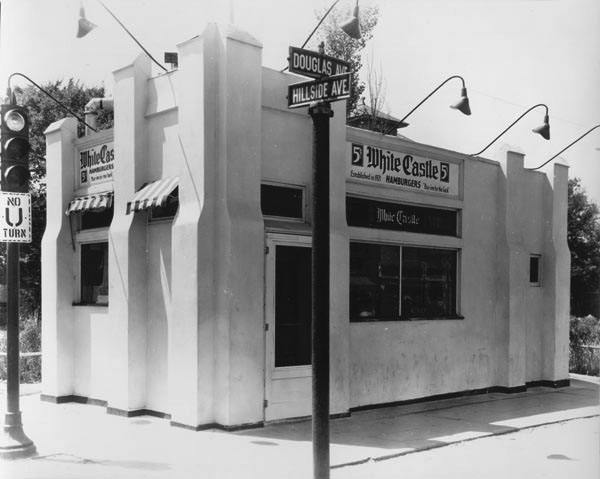 By 1916, the burger was still not known to most of the American public, when Walter Anderson opened a hamburger stand in Wichita, Kansas. He added onion rings to his grilled burgers, which impressed his customers as they bought them by the dozen. He then opened 3 more stands. In 1921, together with Edgar Waldo “ Billy” Ingram, they opened the White Castle restaurant, the first fast food joint, promoting fast and as much as possible, natural food. By 1931, the White Castle restaurant was the first to be reported in a newspaper with their slogan “ Buy ‘em by the sack”. From that moment, many other similar chains opened, hoping to copy the success of the White Castle.

The era of McDonalds – Doctors throw their hands in the air

Patrick McDonald and his two sons, Richard and Maurice, opened the first McDonald restaurant in 1940 in San Bernardino, California. They had already had success with their first restaurant “Airdome”. They noticed that 80% of their profits came from hamburger sales, so they tried to make their burgers faster food, enabling them to be enjoyed by everyone, everywhere. So they created the first drive-in. Soon, every American was consuming their hamburger in the car. From San Bernardino they spread to Phoenix, Arizona, Downey and Illinois. Today the McDonald’s chain has it’s own university called Hamburger University in Illinois to train its personnel while over 100 countries all over the world host their fast foods with both loyal customers and antagonists. Burger King, Wendy’s and other similar national chains soon followed.

The national food of America enjoys huge popularity all over the world, but its history has translated to plastic food on our plates, either by choice, ignorance or any other reason, it won’t be changing anytime soon. However, we can change what appears on our plates at home. That’s why we started a burger chapter, with the aim of serving the best, with all it’s tasty combinations, with the right bread and perfect ingredients, its sauces, cheese, pickles, vegetables and garnishes.

On the next post: How to make the perfect fluffy bun necessary for the most delicious burger. Stay tuned :D. 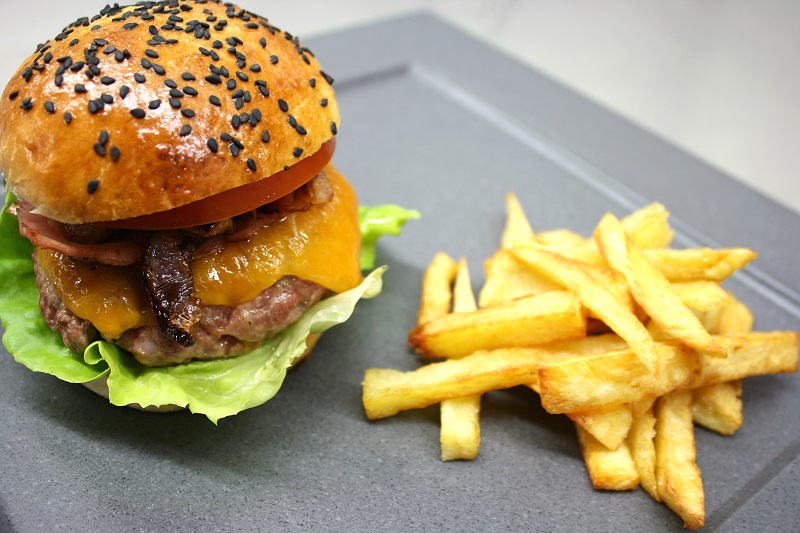 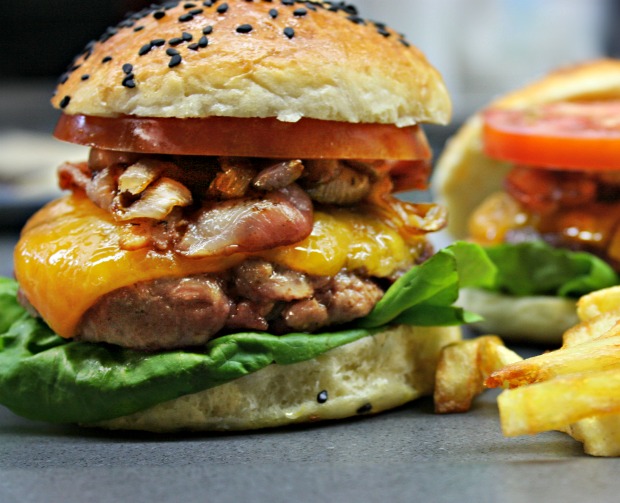 all about burgers A-Z - what, how, why