Coronation chicken – a family recipe from 1953

The recipe for the Coronation chicken – a cold chicken with curry sauce for the royal coronation – was my second great summer squeeze after homemade frozen yogurt and I owe it to those who tried it and asked for it.

What with the birth of a new baby who is third in line to the British throne, I’ve been thinking about the royal family and its complicated relationship with the British people. I think it’s fair to say that most Brits are ambivalent about their royal family.

On the one hand we see them as spongers living lives of indulgence and privilege at the tax payers’ expense (although it should be noted that in 1992, The Queen volunteered to pay income tax and capital gains tax, and since 1993 her personal income has been taxable as for any other taxpayer), while on the other hand, we get caught up in the wave of national pride that accompanies major royal events such as weddings, jubilees etc. I think most people recognise that the UK’s greatest asset nowadays is its traditions. Tourists come to the UK to see the red double-decker buses, telephone boxes, quaint country villages, London cabs, and of course the pomp and ceremony surrounding the royal family. It was estimated that William and Kate’s wedding earned the UK between 1 and 2 billion pounds in tourism income.

I believe that the fact that the UK is one of the few countries that has no annual ‘national day’ contributes to the fervour that greets royal events on the part of the British public. The US has Independence Day, as does Greece; France has Bastille Day, Italy has its Republic Day – all marked by ceremonial processions where the public can feel united as a country and feel a sense of their country’s history. In the absence of such a regular event in the UK, it falls upon the royals (and sporting events such as the London Olympics or Wimbledon) to fill that need to have a sense of who we are as a nation. 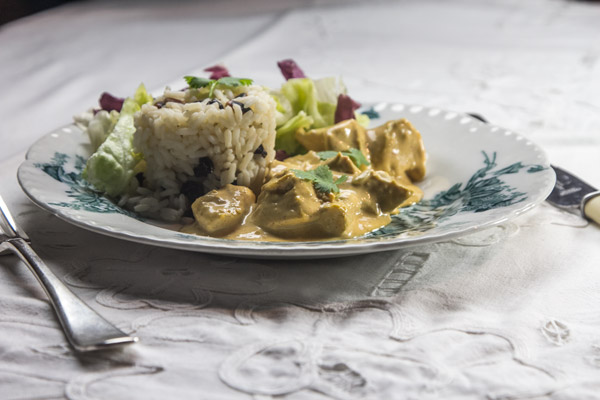 There are three soap operas in the UK that are broadcast several times a week – Eastenders which was first aired in 1985, Coronation Street, the world’s longest running tv soap, first broadcast in 1960, as well as a radio soap opera, The Archers, which began 62 years ago. All these series follow the fictional lives of ordinary families in close-knit communities. Many people in the UK have literally grown up with the characters of these shows as part of their lives. Their successes, tragedies and scandals become part of the background to people’s own trials and triumphs.

In the same way, I believe that the British people see the royal family as a soap opera filled with similar characters to their favourite soaps – the philandering husbands, alcoholic party girls, betrayed wives, stoic ‘salt-of-the-earth’ matriarchs and of course the beautiful tragic heroines. This might in some way explain the unprecedented public outpouring of grief at Princess Diana’s death. People felt that they actually knew her and that she was in some way connected to their lives. 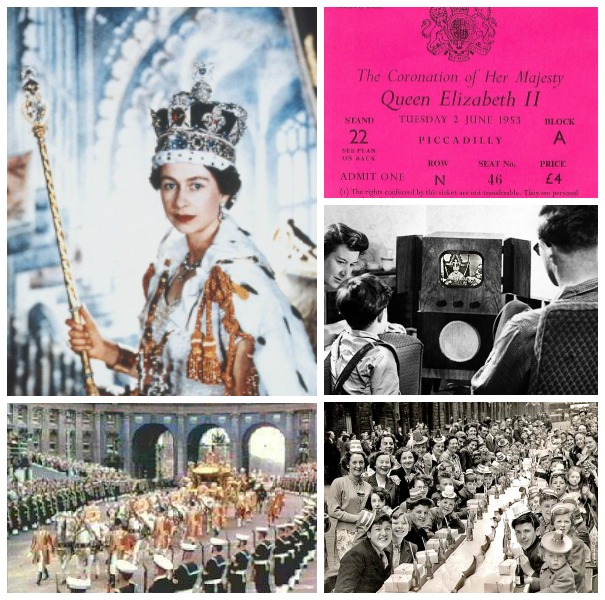 Coronation Chicken was a recipe devised not by celebrity florist Constance Spry as is often maintained, but by her business partner, the founder of Le Cordon Bleu cookery school, Rosemary Hume in celebration of the coronation of Elizabeth II in 1953. Apparently the idea was to create a dish that would be easy to eat on one’s lap while watching the coronation on tv, as she knew the vast majority of the British public would be doing. To this end, the dish is a cold chicken salad, ideal for buffets, and great as a sandwich filler if any leftovers remain.

I was given my grandmother’s Coronation Chicken recipe in a notebook that she filled with recipes of dishes that she enjoyed making, so that I could learn them too when I left home at 18 years of age. The book has followed me wherever I’ve lived for the past 30 years, and now rather sticky and stained, is one of my most prized possessions.

The recipe is the original one from 1953, although my own family wouldn’t have eaten it on the day as my grandfather had bought tickets for seats in the spectators’ grandstand just east of The Ritz, in order to watch the Coronation Procession. My aunt tells me that as they made their way up the escalator at Green Park tube station at dawn (they had to be in their seats by 7am), she saw the very unusual sight of every gentleman in the tube station being dressed in full evening dress, as was the dress code for the coronation. 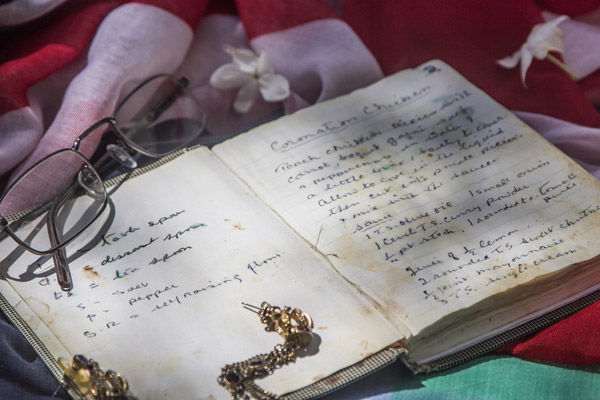 It’s a great summer dish, cool yet spicy – easy to make in advance, to make in large quantities for parties, for picnics, for sandwiches. It’s best served with hot rice with toasted almonds or pine nuts and sultanas and/or raisins, and a nice green salad.

Preparing: About 1 hour cooking, 20 minutes for the chicken and sauce to cool and 2 hours at least kept in the fridge before serving. The recipe is of zero difficulty. 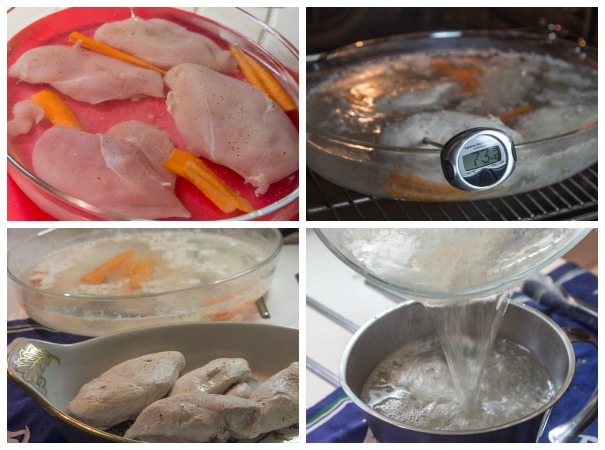 Preparing the chicken: Place the chicken breast fillets into an oven pan and pour in water until the chicken is just covered. Add a carrot cut lengthways and salt and pepper. Poach the chicken breasts in the oven for 40 minutes or until a digital thermometer inserted into the thickest part of the breast reads 76C. Remove from the oven and let it cool. Toss the carrot and save 120ml from the broth, which you will later add to the sauce. 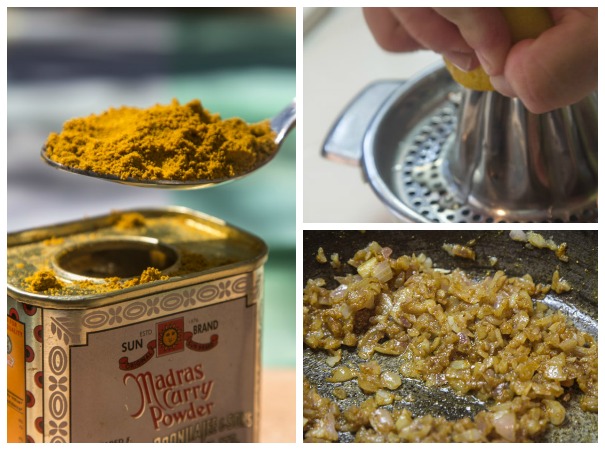 Making the sauce: Heat oil in a small saucepan on medium temperature. Peel and chop the onion and fry gently in the saucepan for 4-5 minutes. Stir in the curry powder and cook for a couple more minutes. Add the stock, tomato puree, lemon juice and chutney. Stir until it comes to boil, then simmer for 5 minutes. Strain and cool.
Once cool, stir in the mayonnaise and cream. 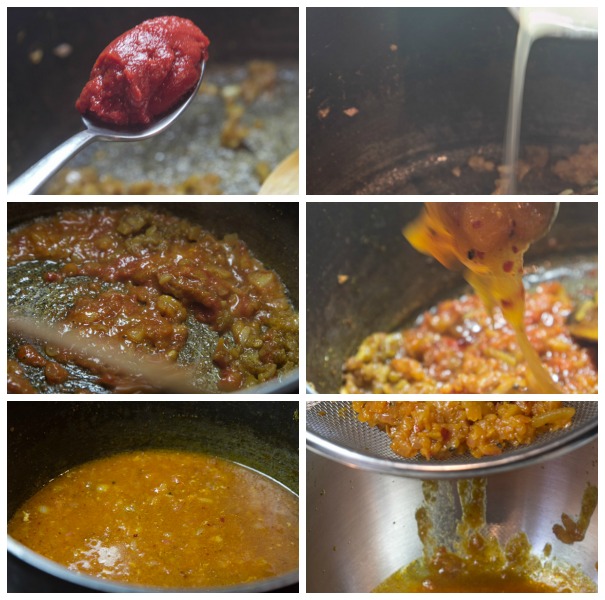 Once the chicken is cool cut in cubes of about 2cm thick and mix it in the sauce. Keep the mixture in the fridge for at least 2 hours before serving. 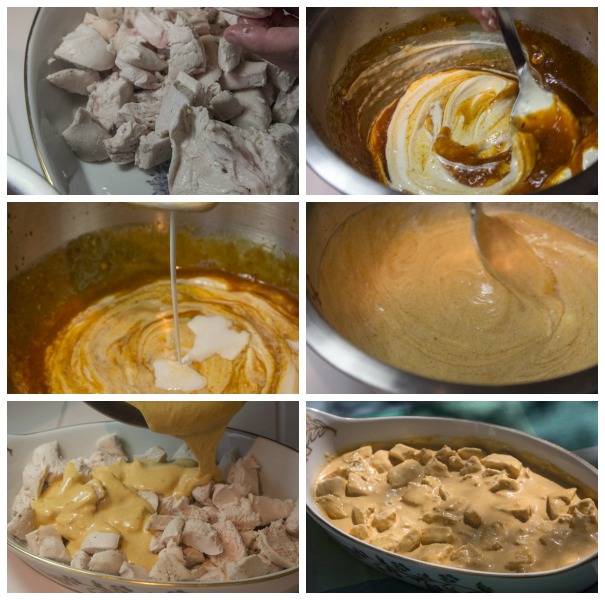 Serving: Serve the coronation chicken on a platter and garnish with coriander or parsley leaves. Place alongside hot rice with toasted almonds, raisins and a fresh green salad. 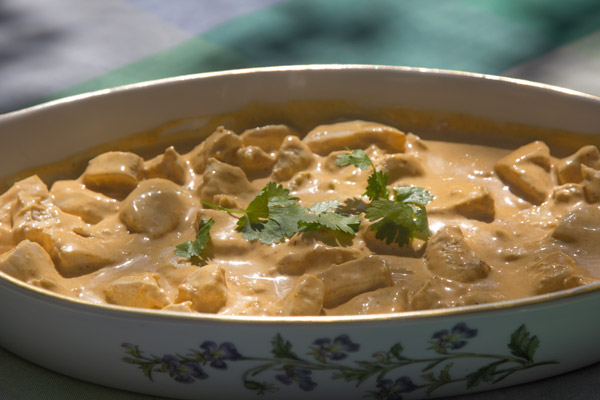 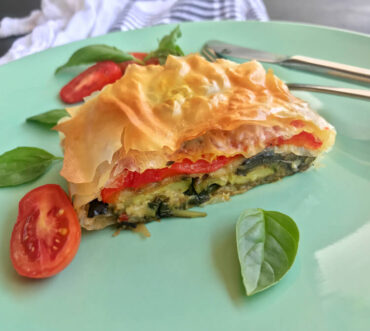 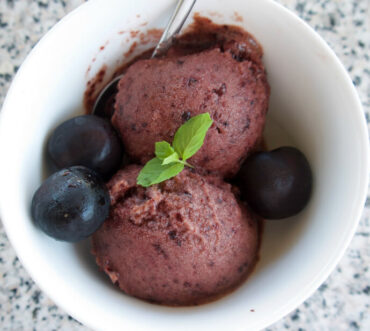 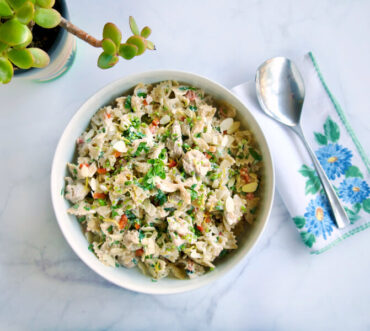 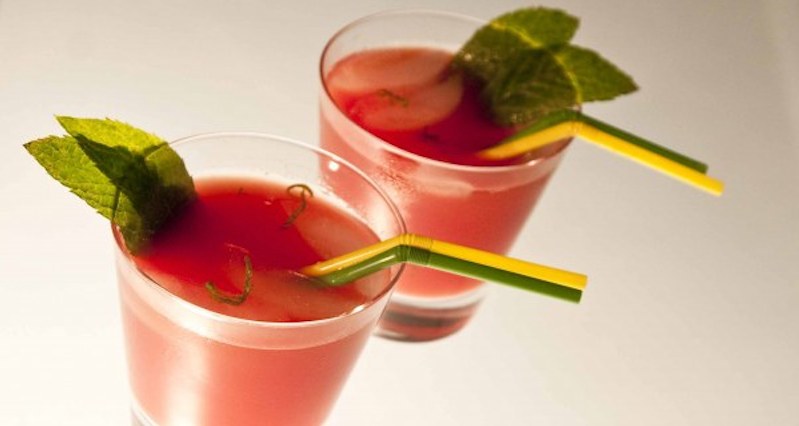 watermelon cocktail with ginger and lime 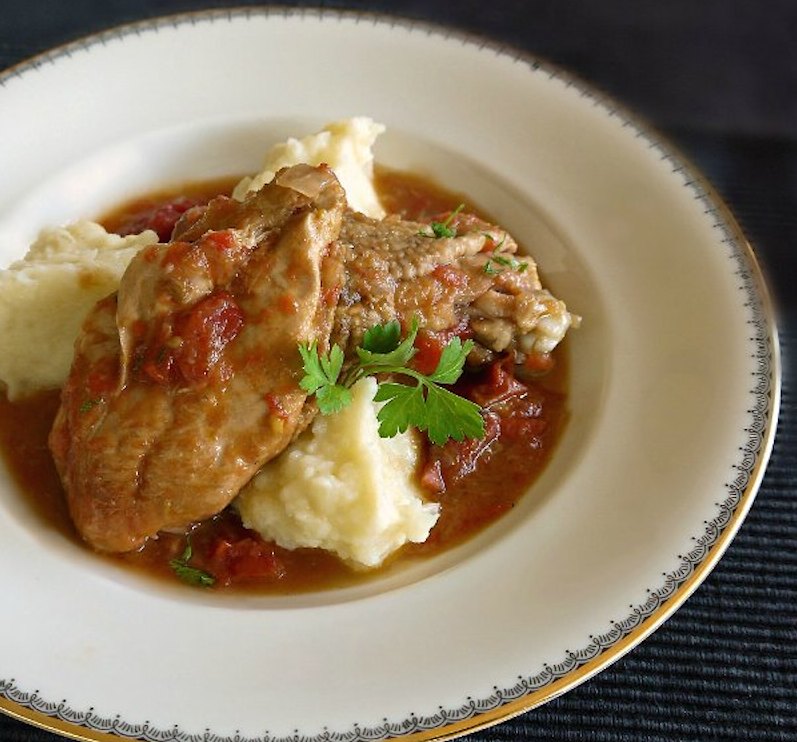 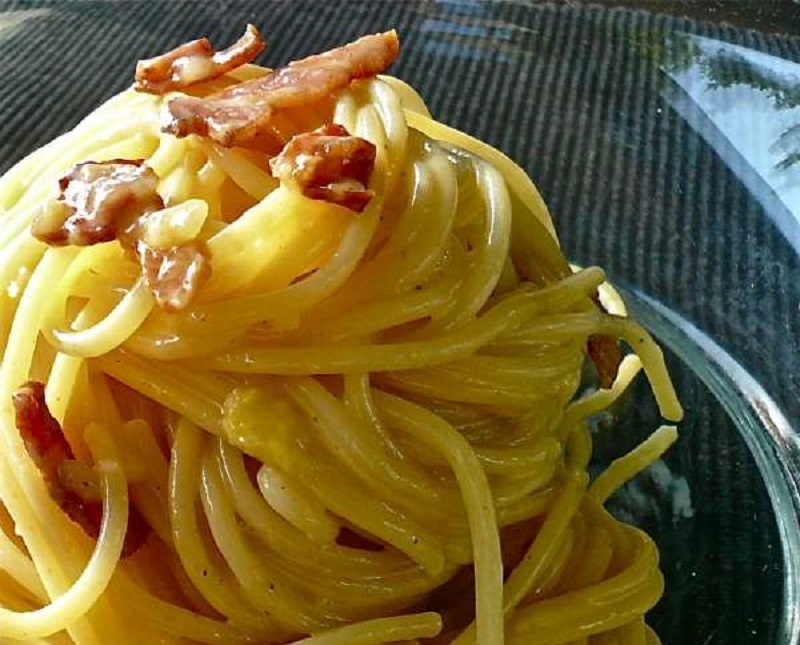