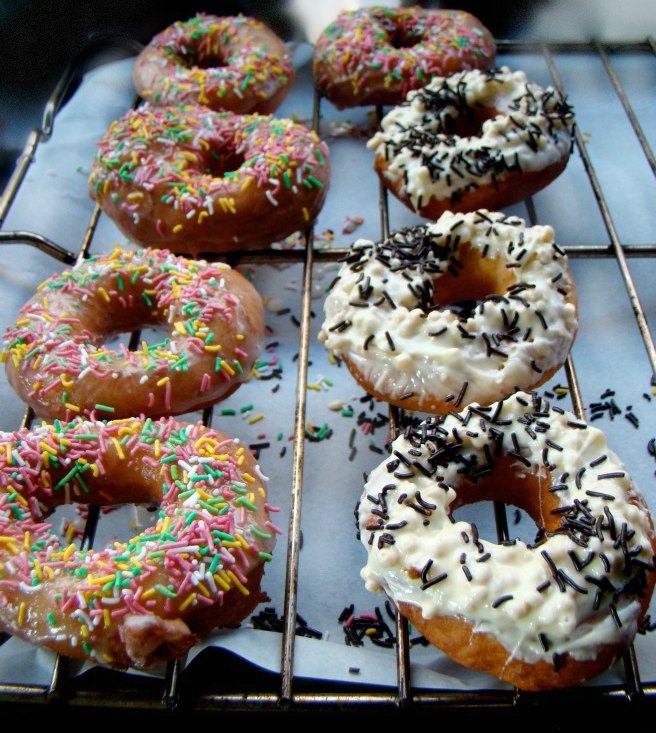 Cute, pretty, quick, easy and delicious. Our beloved doughnuts are genuinely American but they have conquered the hearts of children and adults worldwide. However, they are miles away from their initial kind. Having appeared first in Manhattan from Dutch colonists with the name “oily cakes” (oliekoek that was later changed to oliebol), they were sweet balls of dough, fried in pork fat. Because their centre remained, most of the times half cooked, they used to put in the heart of the dough, nuts or fruits which didn’t require any baking.

Doughnuts’ present form, with the hole in the middle, is – by many- “charged” to captain Hanson Gregory, the history of whom takes us back to the middle of 19th century. His mother, Elizabeth, used to supply him with sweet dough during his distant journeys. She added nutmeg, cinnamon and lemon zest to the dough – it is considered to be a wise solution, easily stored in the ship, which helped the crew in cases of the flu or scurvy. She put nuts and/or hazelnuts to avoid the uncooked dough on the inside, and it is supposed that the name originates from this practice (dough+nut).

Another version claims that the name derives from the words dough + knot which was a quite popular kind of doughnut of the times. So Gregory, unhappy and unsatisfied as he was from the nut filling and the unbaked dough, he thought of creating a hole in the middle of the ball. And he did it using a tin pepper pot and as he said, some years later, “that, was the first doughnut hole that a man’s eyes saw for the first time”.

With his way, he increased the dough surface that was interacting with the hot oil, resulting in the better frying of the doughnut. By the time he returned home, he had evolved the recipe that well, that he taught his mother too. 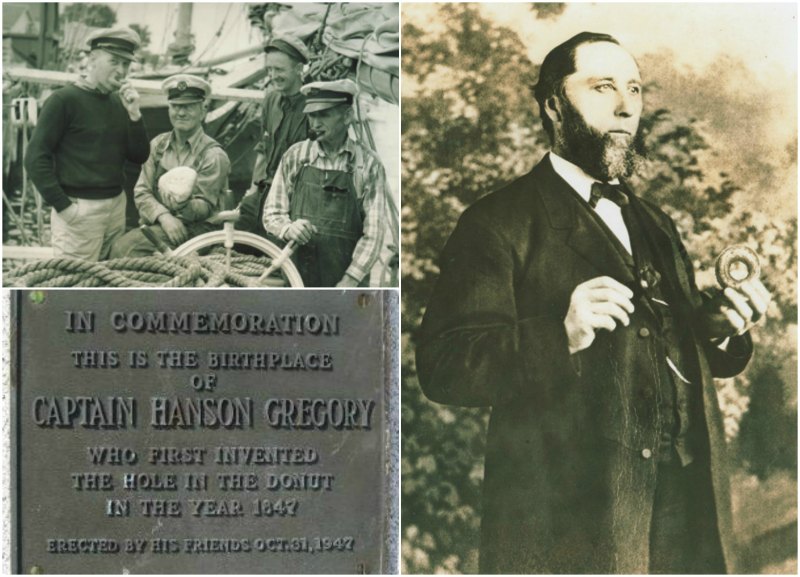 A remarkable mention to the legendary doughnuts is also made during World War I, where they reserved a special place in the American soldiers’ hearts. Young women from the Salvation Army, who were taking care of the soldiers, prepared the sweet doughnuts and the latter formed huge queues to obtain some. Soon enough they started calling them “doughnut girls”, even though they were making apple pies and other desserts, as well.

It is said that the first day, 150 doughnuts were made, the second the quantity doubled and after a while, being fully prepared and equipped, the girls started to serve up to 8,000 doughnut daily! A real overproduction! Like that, a simple donut managed to become a symbol of what was offered in the army (free soft drinks, uniform patches etc.) to relief them from the hardships of war.

After the war, doughnuts had already established their position among the top hits of the period and quickly became a part of the everyday breakfast but were also served in theatres as a popular snack. It was the year 1920 in New York, when a businessman, immigrant from Russia, invented the first doughnut

Doughnuts or donuts (both names are correct) were so widely loved even cartoons couldn’t resist them – who can forget Homer Jay Simpson walking around with a pink one? Soon enough they made their way into movies, videos, music, games, apps etc.

Did you know that almost all countries have their own national trademark doughnut? Saveur speaks about A world of donuts, noting that frying dough is indeed an international pleasure. National doughnuts are created by similar recipes and differ mostly in the decoration.

In our pandespanian home, we have experimented with the Venetian castagnoles but have also tried the Kou Xia Gao, the smiley Asian mouths that is, from far away China. In the USA, the first Friday of June is celebrated as National Doughnut Day and endless doughnuts are served free honouring their sweet contribution during the War- not bad at all.

In Greece, donuts, with hole in the middle or no hole at all, have enjoyed a warm welcome. Quite recently we had experienced the so-called “Nanou Donuts” effect, a chain of stores that expanded rapidly in cities and neighbourhoods “preaching” the love for doughnuts and underlining the (business) opportunities that arise in the middle of the financial crisis.

However, since we’re talking about a very simple and joyful recipe, we thought of leaving the mass chains aside and create our own fresh donuts, decorate them as we like (with different toppings of chocolate, nutella, sugar, colourful sprinkles etc.) and enjoy even while warm. 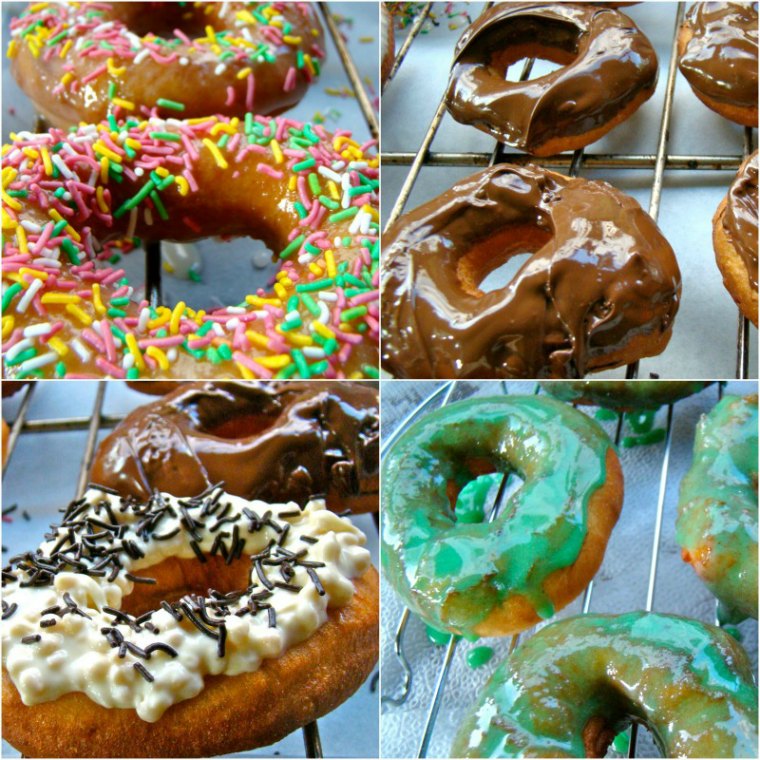 The basic recipe is, as you can understand, just a canvas where you can experiment and unfold your own cooking attitude. Make a creative intervention in the usual breakfast platter and beat the midnight hypoglycemia, impressing at the same time with your imaginative inspiration. If doughnuts in general are so popular, then no one could be able to deny the homemade ones.

Preparation: 30 minutes approximately or less. Think of the topping you will use in advance and gather all your ingredients on your working bench. You will need a wire rack (the ovens’ will do just make sure it’s clean) and a surface (e.g. baking tray or the kitchen bench) covered with greaseproof paper (for almost zero smearing). Quick and easy recipe.

for the chocolate coating
multiple sweet or bitter chocolates, dark or white depending on your taste.

To make the potato mash: Boil the potato for 15-20 minutes or put it in the microwave for 5-6 minutes and then mash it with a fork.

To prepare the dough: In a small bowl dilute the yeast into the warm milk (about 40 C), adding a pinch of sugar. Stir and leave for 3-4 minutes.
In another bowl, large enough to hold all the ingredients, put the flour, the potato mash, the salt and sugar and the yeast mixture. Stir and leave the dough “to rest” for 5 minutes. Add the 2 tbsps of rapeseed or canola oil and stir well with a fork or a spatula. Transfer the dough in a floured surface press and roll it to have a thickness of 1.25-1.5 cm 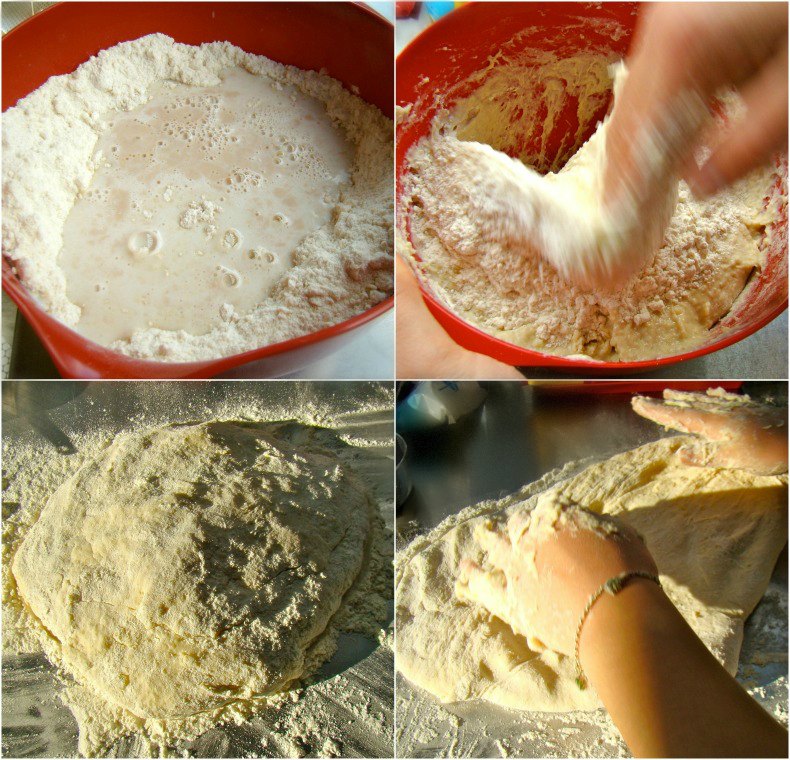 Note: You may need to add some additional flour up to ½ cup, depending on how much you have in your working surface. The dough is relatively soft, though.

To make the doughnuts: Use a big glass or some similar cutter and cut the donuts outside. With the cap of a milk carton remove the inner circle. Continue like this, joining the rest of the dough and remaking until you have used almost the entire amount. 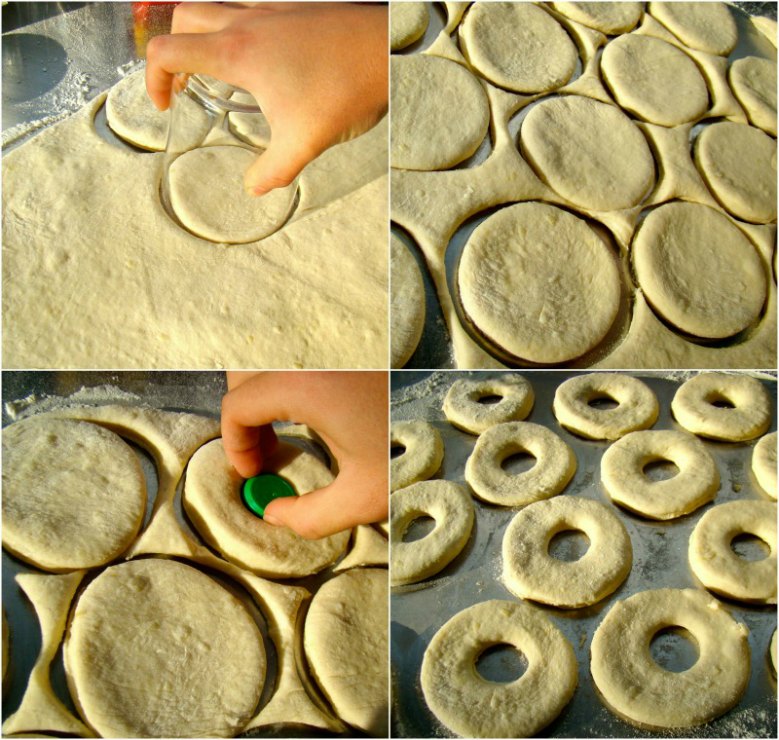 To fry: In a deep pan (like a fryer) pour oil up to a min of 2,5 – 3,5 cm. in height from its bottom, in order to have enough space for the doughnuts to float while they are baking. eat well. (attention! if there isn’t sufficient oil the doughnuts will touch the bottom and be burnt). The ideal temperature is approximately 190 C.

Carefully drop 2-3 doughnuts each time and after half minute that they have become gold, turn them upside down, frying them for another half minute. Place them on a paper napkin.

For the toppings: Melt the chocolates in bain-marie ( a bowl that you put over a pan with almost boiling water), and bring one of each doughnuts surface in touch with the mixture. Transfer on the wire rack and add coloured sugar, chocolate pieces , rice crispies or anything you fancy! 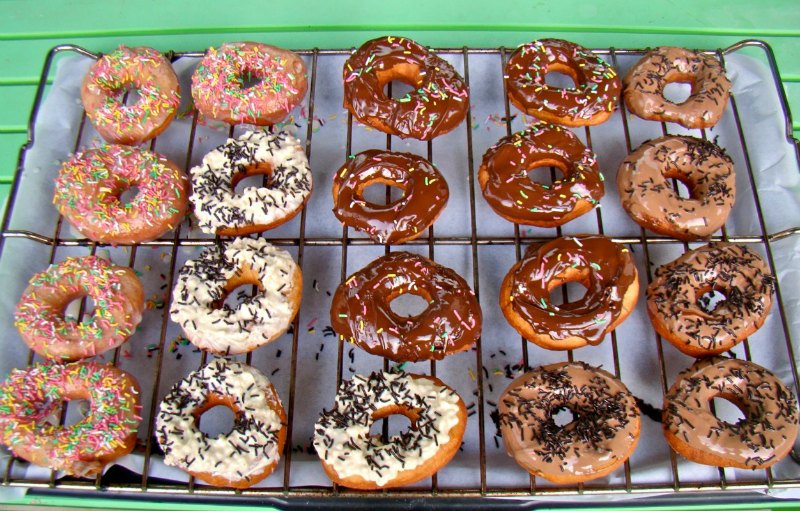 To serve: In a platter, dish or hands. Homemade, sweet made doughnuts can be served in any way as long as they are accompanied with plenty of napkins. 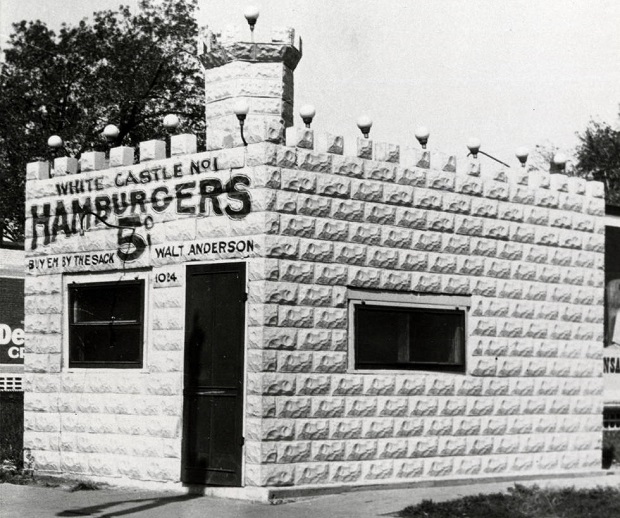 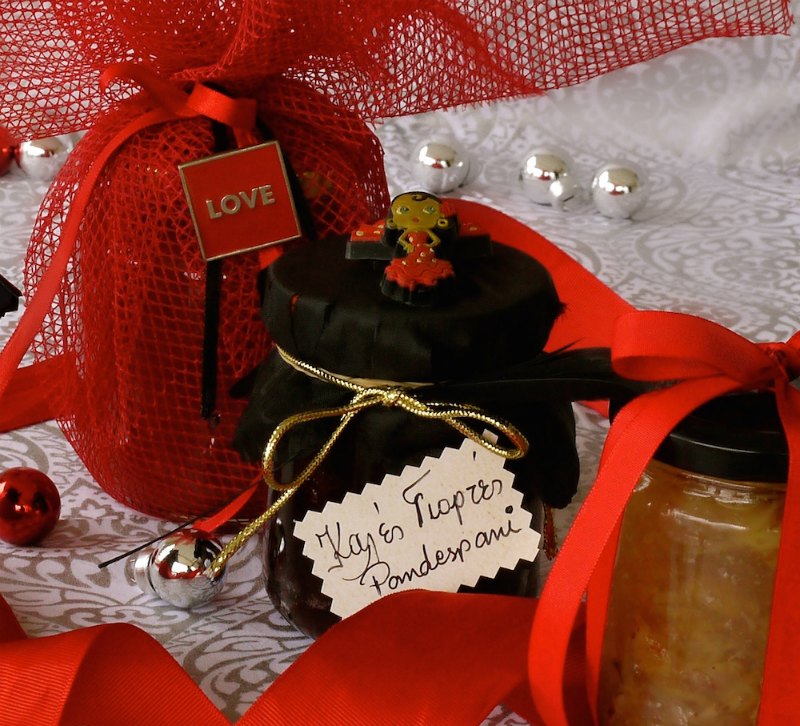