hummus with tahini and pine nuts

A dip, made with simple, low-cost ingredients, found in the Mediterranean and Middle Eastern kitchen. Hummus with tahini is an extremely popular and easy appetizer from a culinary point of view; a light, spicy puree made from mashed chickpeas with lemon, tahini, garlic, salt and peppers, with cayenne defining the degree of hotness.

The Turkish word for hummus derives from the Arabic ḥimmaṣ (chickpeas), while its proper name is ḥummuṣ biṭaḥīna, that is, chickpeas with tahini.
Although the combination of chickpeas, sesame and lemon is considered to be very old, the details of its culinary history are uncertain. It is usually placed in Egypt around the 13th century (though they used vinegar then, instead of lemon).

What to eat with hummus besides pita bread


Hummus is a good protein source and goes well with vegeterian and vegan menus. As a meze it can be combined with stripes of many raw, baked or fried vegetables. Roast eggplant, chopped tomato, cucumber, coriander, parsley, caramelized onions, mushrooms, whole chickpeas, olives, pickles and boiled eggs make a pretty good pairing to hummus with tahini. Smoked paprika and pine nuts -as in this recipe.

In Syria is a must on every table, along with falafel, kibbe and tabouleh. In Palestine it is garnished with mint leaves, paprika, parsley or cumin, while in the Jordanian recipe humus laban ma (yogurt with chickpeas) it contains yogurt instead of tahini, and butter is used instead of olive oil.

This recipe is inspired by the “classy” Egyptian side of the Mediterranean Sea, hence the pine nuts, pleasing to the eye and (most importantly) to the palate. Experiment with the flavours. Add lemon and tahini gradually to balance the result, and adjust it to your personal taste. 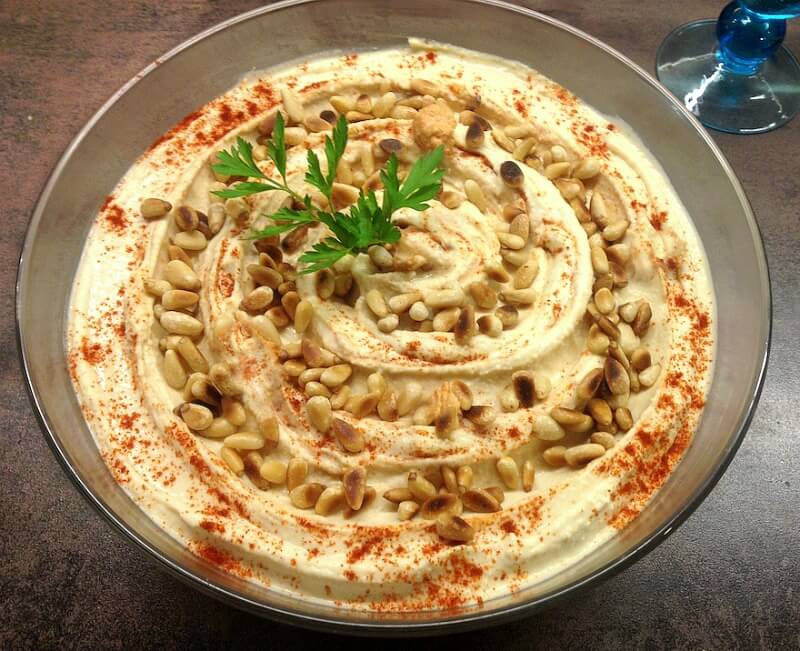 If you want your hummus perfectly creamy, the chickpeas’ skins should be removed. In this case add baking soda to the soaking, as it breaks down the pectin of the chickpeas and thus helps to peel easily. Rinse off though, very well then. Keep in mind that the skins also contain nutrients. 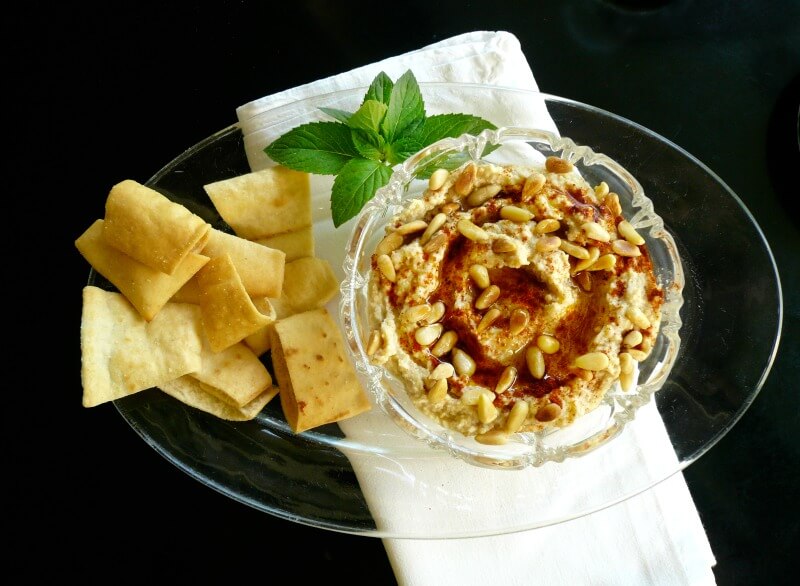 Hummus with tahini and pine nuts

Preparation: 10 minutes if made with cooked chickpeas. I strongly recommend making the chickpeas at home (because nothing can be compared with home-made food), preceded by the usual soaking in water the previous night, followed by the boiling of chickpeas for approximately 1½ hours. The dip can be preserved in the refrigerator for several days, covered with cling film, and can thus be prepared well in advance before the day it on which it will be served. Easy recipe. 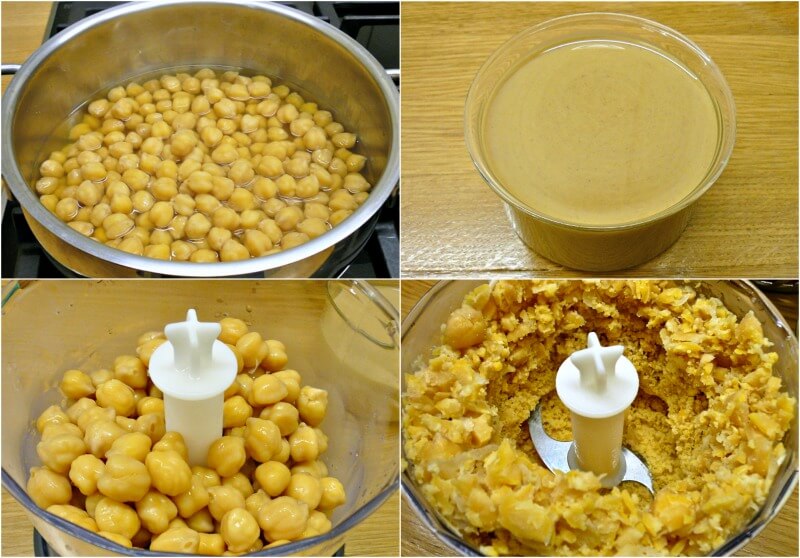 To prepare the chickpeas: Cover chickpeas with plenty of cold water in a large bowl and leave them to soak overnight. The next day, strain the chickpeas, place in cold water and bring to a boil. As soon as they start boiling, drain and place them back in the pot and cover them with water. Bring them again to a boil and after 10 minutes reduce the heat and simmer for about 1 hour or more, until tender. Drain.
To make the hummus: Pouré chickpeas in a blender. Add lemon, garlic, cayenne pepper and tahini. Blend until smooth. Taste and adjust seasoning. 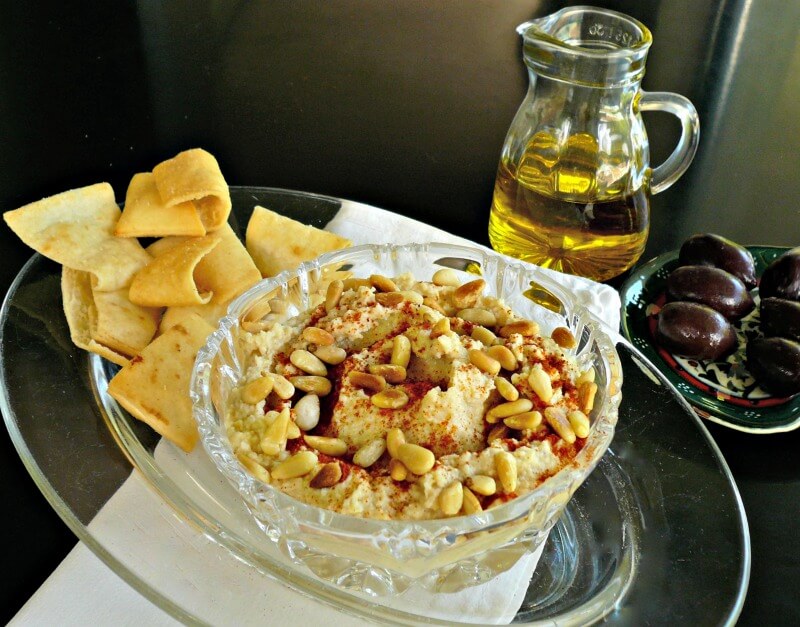 To serve: Transfer the hummus with tahini in a bowl and add a little extra olive oil and cayenne pepper. Sprinkle with pine nuts and parsley leaves.